In Conversation with the All-Party Parliamentary Group on Microfinance 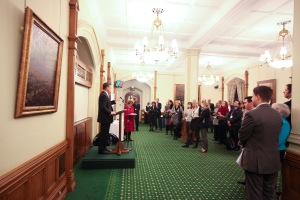 WAM UK attended the 10th year anniversary reception of the All-Party Parliamentary Group on Microfinance. The event was held in the Churchill Dining Room in the House of Commons and  was attended by NGOs, investors, the civil service and other interested groups and microfinance enthusiasts. 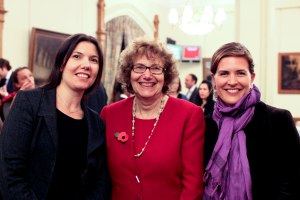 After the reception we had the chance to have a chat with Peregrine Willoughby-Brown, Policy Advisor to the APPG on Microfinance and the Coordinator of last week’s event. Here is what he had to say:

Perry, thank you for inviting WAM UK to this great event. I have many question for you but let’s start form the top: what is the APPG on Microfinance?

APPG stands for ‘All-Party Parliamentary Group’, which is basically a committee or club that has official status in Parliament and which draws together MPs and Peers who are interested in a particular subject. There are APPGs on all sorts of topics, from insurance markets to the drinks industry, or in this case microfinance and inclusive financial services. The group’s members hold meetings and invite guest speakers into parliament so that they can learn more, and the members will also promote microfinance through their work in parliament, such as speaking in debates or submitting written questions to Ministers that their Departments are obliged to answer.

And what was your event last week all about? 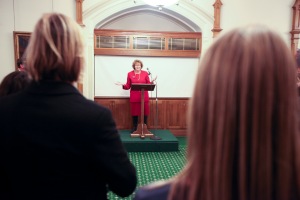 Well, the APPG on Microfinance was founded in 2002 by Annette Brooke MP, who became interested in the idea after hearing from one of her constituents about the power of microfinance to change people’s lives. Last week, Ms Brooke and the other officers of the APPG hosted a reception in the Churchill Dining Room in the House of Commons to celebrate ten years since the founding of the APPG, as well as to look forward to and imagine what role microfinance can play in future efforts to combat poverty. We welcomed representatives of NGOs, investors, the civil service and other interested groups, and I think it was a really good chance for everyone to have a chat about how far microfinance has come, as well as how much we still have to do. It is especially topical to be discussing the future of microfinance at the moment, since the Prime Minister David Cameron is chairing a UN Panel that is helping to shape a new development agenda that will replace the Millenium Development Goals when they expire in 2015. The APPG believes that providing appropriate, responsible financial services to poor people can play a big part in reducing poverty, and that these sort of services can also catalyse greater improvements in other areas like health and education.

Going forward, on which specific topics is the APPG on Microfinance focusing?

Over the past few years the APPG has focused its efforts on a few topics, and we will be carrying these forward as well as exploring new applications for inclusive financial services. Under the stewardship of Annette Brooke MP, gender issues and the needs of women working in and benefitting from microfinance have been important topics, and we will continue looking at this area in the future. More generally however, I think it’s possible to describe our overarching focus as being on the promotion of responsible, inclusive financial services. And what I mean by that phrase is that the APPG has developed a position over time, informed also by the Parliamentary Inquiry we conducted in 2011, that the best way forward is for governments and aid agencies to promote access to a range of financial services, including credit, savings, insurance and remittances, that are offered on a sustainable but not exploitative basis. I think it’s in the interests of everyone involved in microfinance, including banks, investors, government departments, regulators and others, to have a healthy sector that provides these services to poor people in an affordable and sustainable way, so that we maintain the idea of the ‘double bottom line’ that balances social and financial returns. Microfinance has all kinds of applications that are only beginning to be considered, such as the potential for good regulatory oversight of savings products to enable previously unbanked poor people to engage with formal financial institutions. Or the possibility that microinsurance products can help vulnerable farmers deal with the catastrophic effects of climate change. These are emerging and really exciting areas of work, and we are interested in working with investors, microfinance institutions and others to see how we can collectively make these ideas a reality.

Finally, what do you think is the role of the UK government in supporting access to financial services in developing countries and in the UK?

I think that initiatives like M-PESA in Kenya illustrate an important point – that there is a role for governments and aid in helping to expand access to services in collaboration with private enterprise. In that case, a grant from the UK’s Department for International Development funded the creation of a mobile payments platform in conjunction with a local subsidiary of Vodafone, an idea that might not have got off the ground if the mobile phone company had been left with all the startup costs and risk. The UK supported that idea, however, and the system is now one of the best examples of mobile banking in the world and is being copied around the globe. So the UK is in a great position to influence regulators and others in developing countries, and the APPG tries to inform that support as much as possible since we are able to draw on a wealth of knowledge that’s held by our partners. The officers and I are also interested in looking at inclusive finance within the UK, which is a very interesting area. The experiences of microfinance practitioners in developing countries are now being adapted for use in the UK, where hundreds of thousands of people still lack access to appropriate savings products and other financial services, and I think that there are real opportunities there.

Peregrine ‘Perry’ Willoughby-Brown is a policy advisor to the All-Party Parliamentary Group on Microfinance. He previously worked as a microfinance specialist at a UK charity that funded microcredit portfolios at small MFIs in developing countries, and has studied at the University of Birmingham, the Boulder Institute of Microfinance and the University of London’s School of Oriental and African Studies.